In the evening, the rays of the setting sun and lights from the city reflected on the water add a dazzling charm to the port city.

Stroll up to the lookout platform on the Whale Bridge to enjoy the scenery.

Introduction
Located in the hub of Kaohsiung’s Asia New Bay Area, the collaboration between a Spanish architecture team and Taiwanese team designed the distinctive profile of the buildings using marine elements. The Center is not only the heart of popular music performances in southern Taiwan; it is also an international music cultural landmark. With pop music as its highlight and marine culture as its heritage, the Center is a new base for musical entertainment. 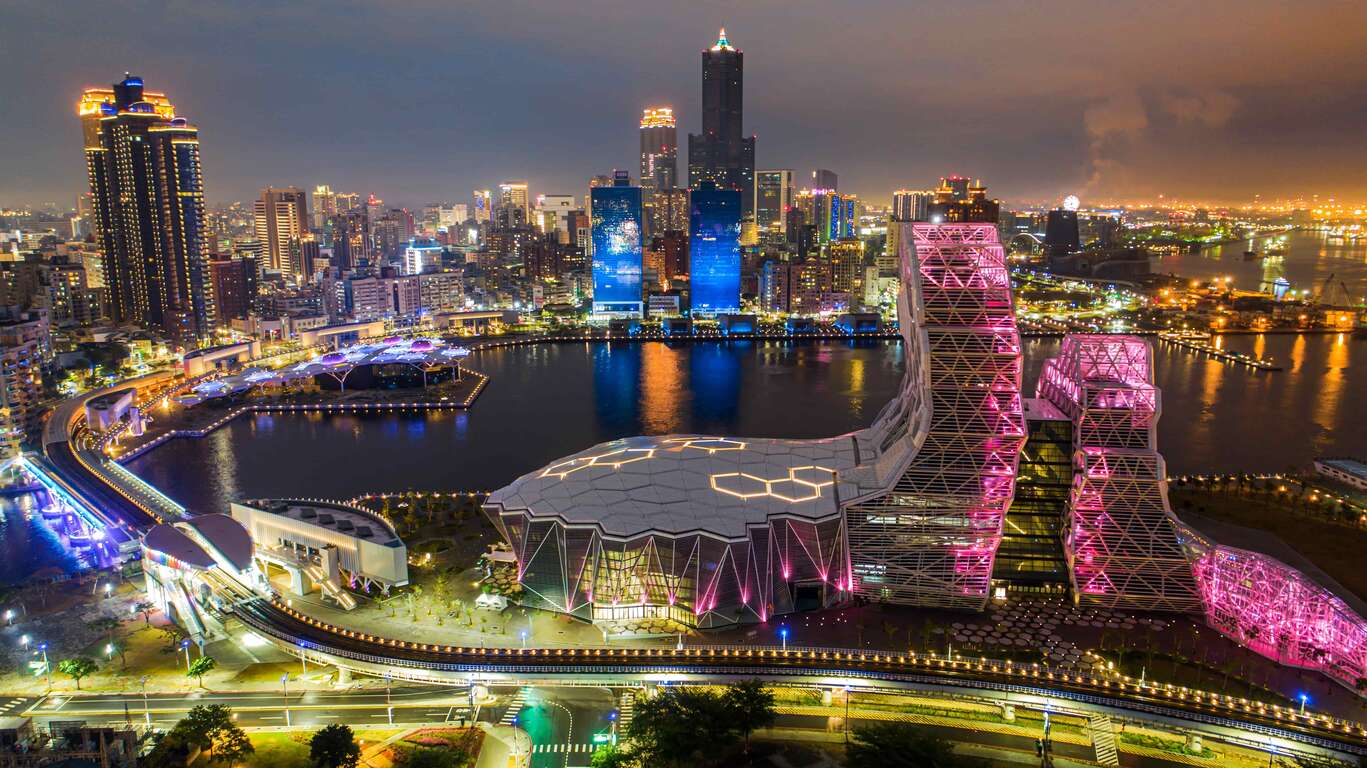 Since the Executive Yuan approved the plan in 2009, the Ministry of Culture has commissioned the Kaohsiung City Government to plan, design, construct, and operate the Kaohsiung Music Center under a new Independent Administrative Corporation model. The Center provides a core venue for popular music performances in southern Taiwan to cultivate domestic talents in popular music and support industry chains. In addition to music performances, it also incorporates the harbor view to create a new place for sightseeing and recreation. 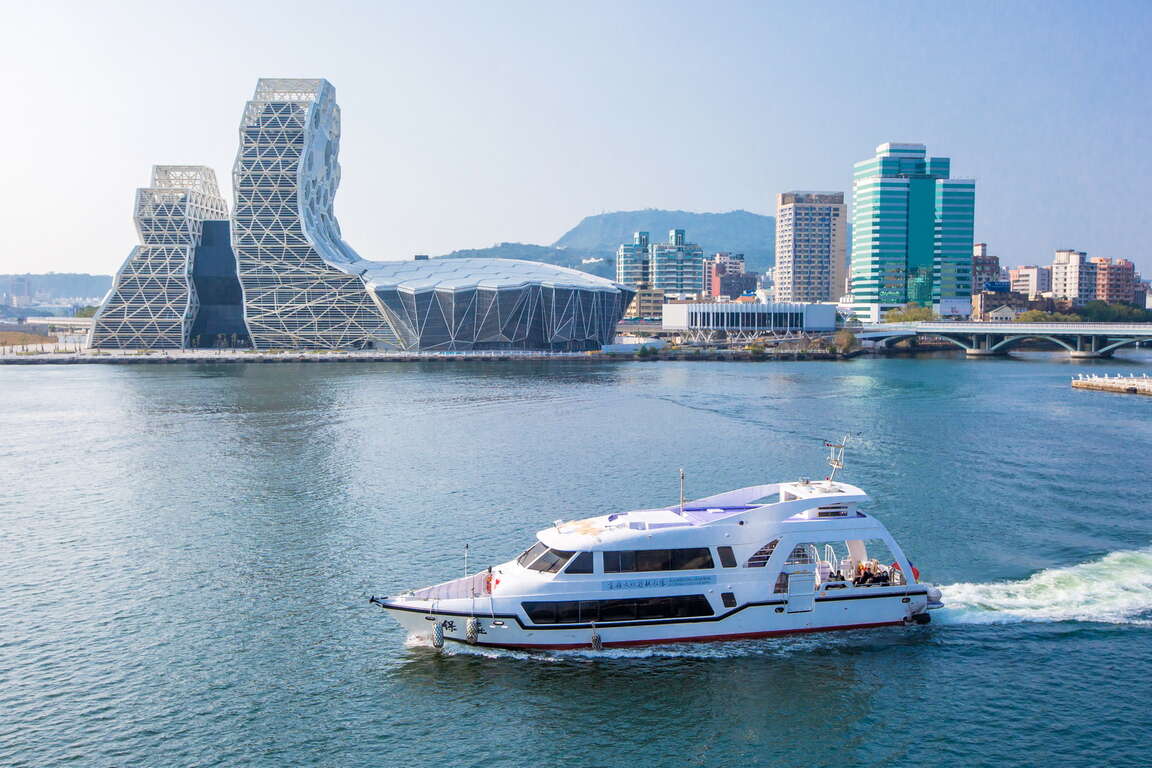 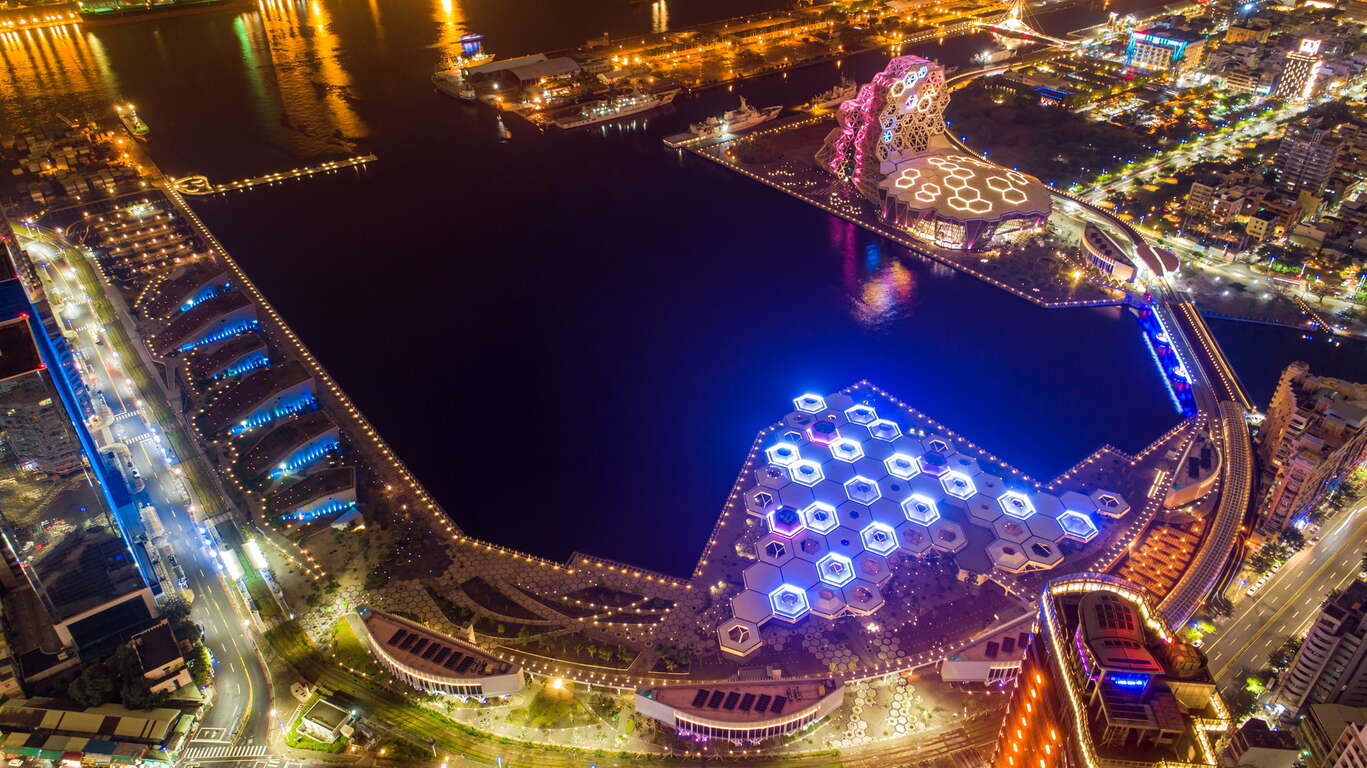 The Kaohsiung Music Center is situated in Love River Bay, which is the junction between Love River and Kaohsiung Port. The Center consists of the Wave Tower, Coral Zone, Whale Bridge, Dolphin Walk, and Live Warehouse areas. The design of the Wave Tower area comprises the High Tower, Low Tower, Hi-Breeze Square and Hi-Ing Hall. The exterior of the main building of the Wave Tower boasts an avant-garde fluctuating wave design that conveys the Port City impression of Kaohsiung. The Hi-Ing Hall has a capacity of 4000-6000 people for indoor performances, complementing Taiwan’s lack of mid-sized venues while the Hi-Breeze Square can accommodate 8,000-10,000 people. 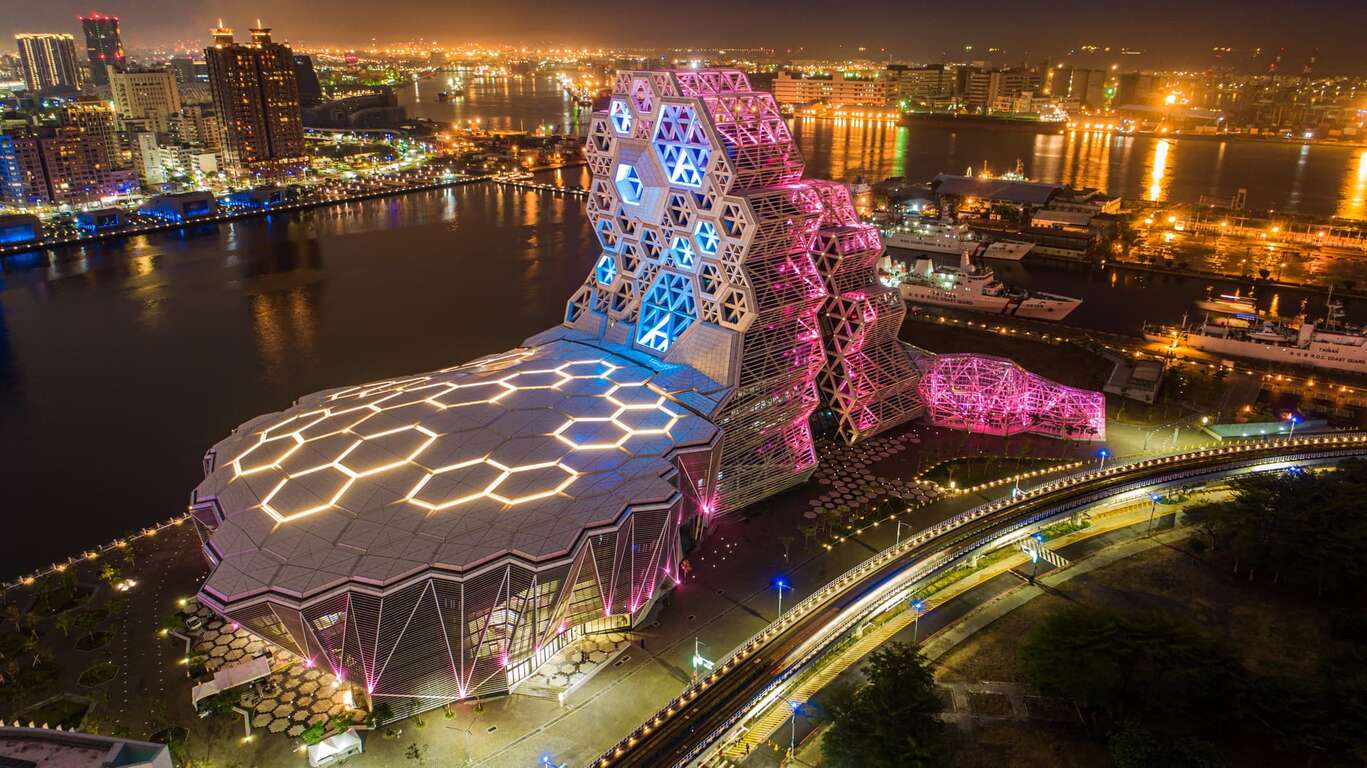 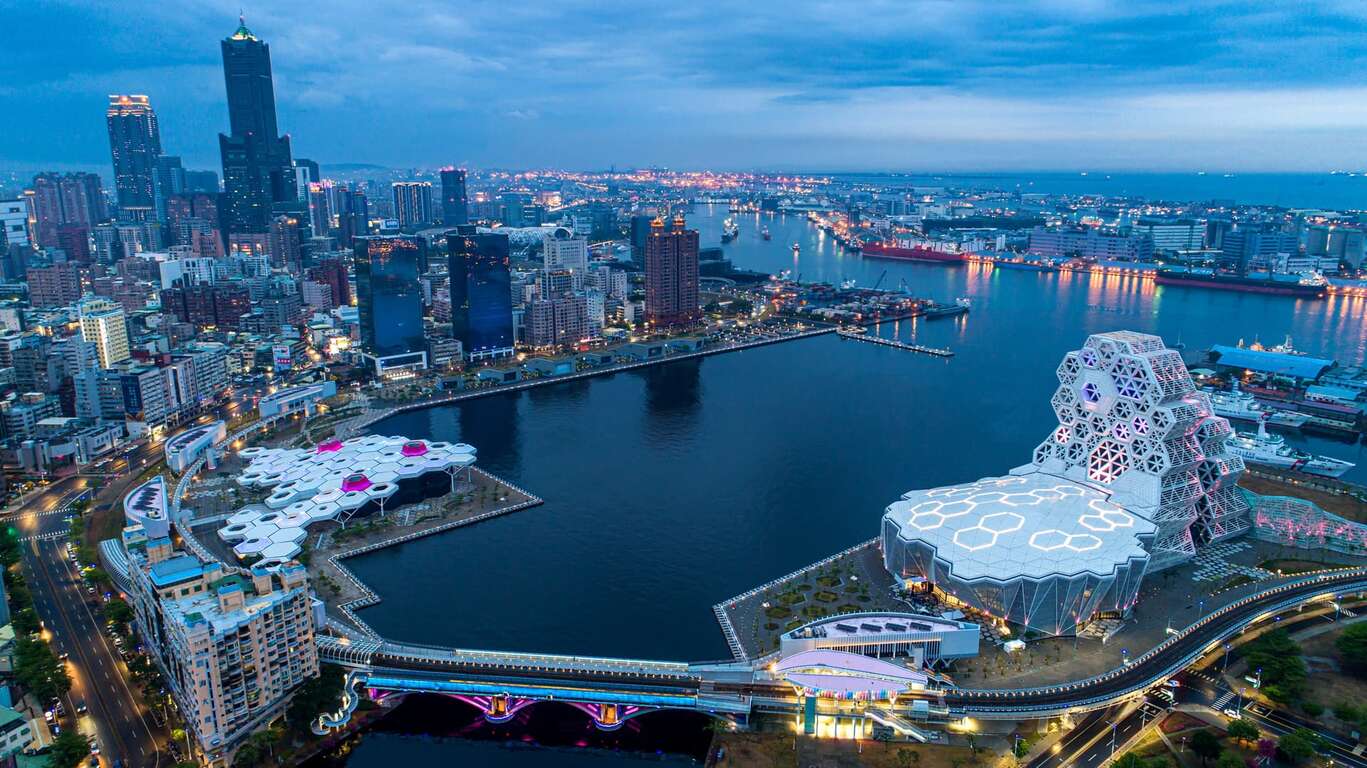 The Coral Zone is a commercial complex designed in the form of a coral reef. It is an independent two-story building that provides a multi-functional space for experiential activities, exhibitions, and businesses. The architectural image of the Whale Bridge is a pod of whales. It consists of six independent exhibition spaces where Taiwan eSports League is already stationed in Whale Hall 3 and KKBOX is already stationed in Whale Hall 5. The front row to the sea has a lush, landscaped platform for watching the sunset. It is right next to the Glory Pier Station of the Kaoshiung Light Rail and a parking lot. With convenient transportation, it is ideal for a leisurely stroll on weekday afternoons.

The Dolphin Walk is an independent commercial space. A 735 meters long skywalk connects it to the rest of the park such as the Wave Tower, Coral Zone, and Whale Bridge. The design concept is the image of a dolphin leaping out of the sea. The interior is 5 meters tall with transparent French windows at the front and rear to provide an incredible view of the sea. 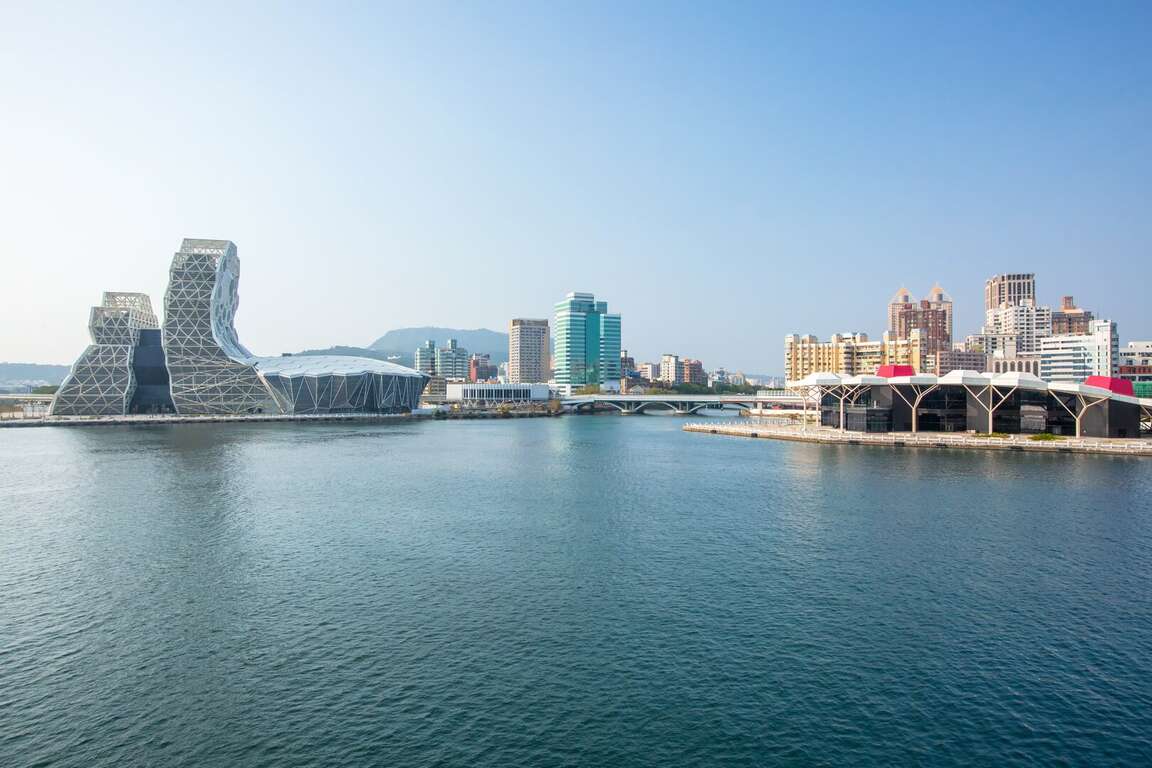 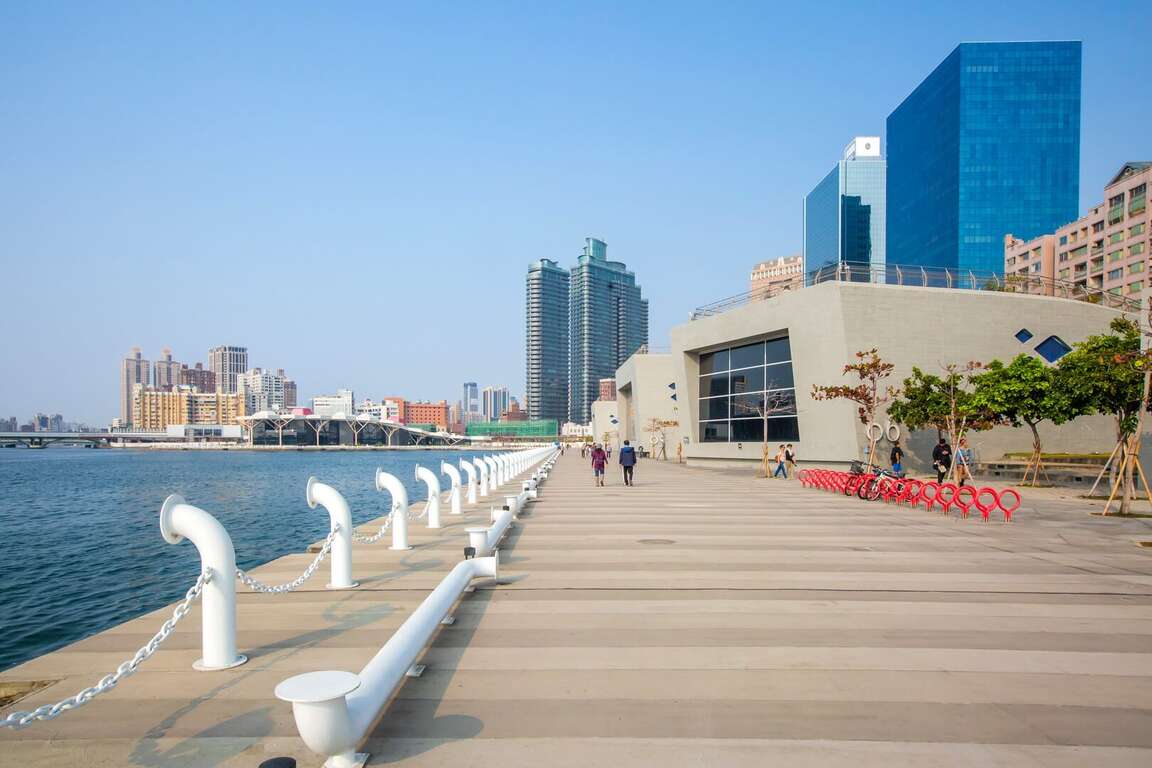 It is not only the best but also the only harborside soundscape in southern Taiwan.

LIVE WAREHOUSE is a music base for southern Taiwan and Kaohsiung’s first thousand-person capacity professional concert venue. It is the only harborside warehouse music space in Taiwan for a rich variety of performances. Moreover, it actively cultivates talents in pop music to create a unique soundscape that incorporates local characteristics. Located in Pier-2 Dayi District C10, live performances are held here every week in the Little Warehouse ( capacity of 230 people) and Big Warehouse (capacity of 1400 people), attracting crowds of music fans and rapidly accumulating the energy of southern pop music! 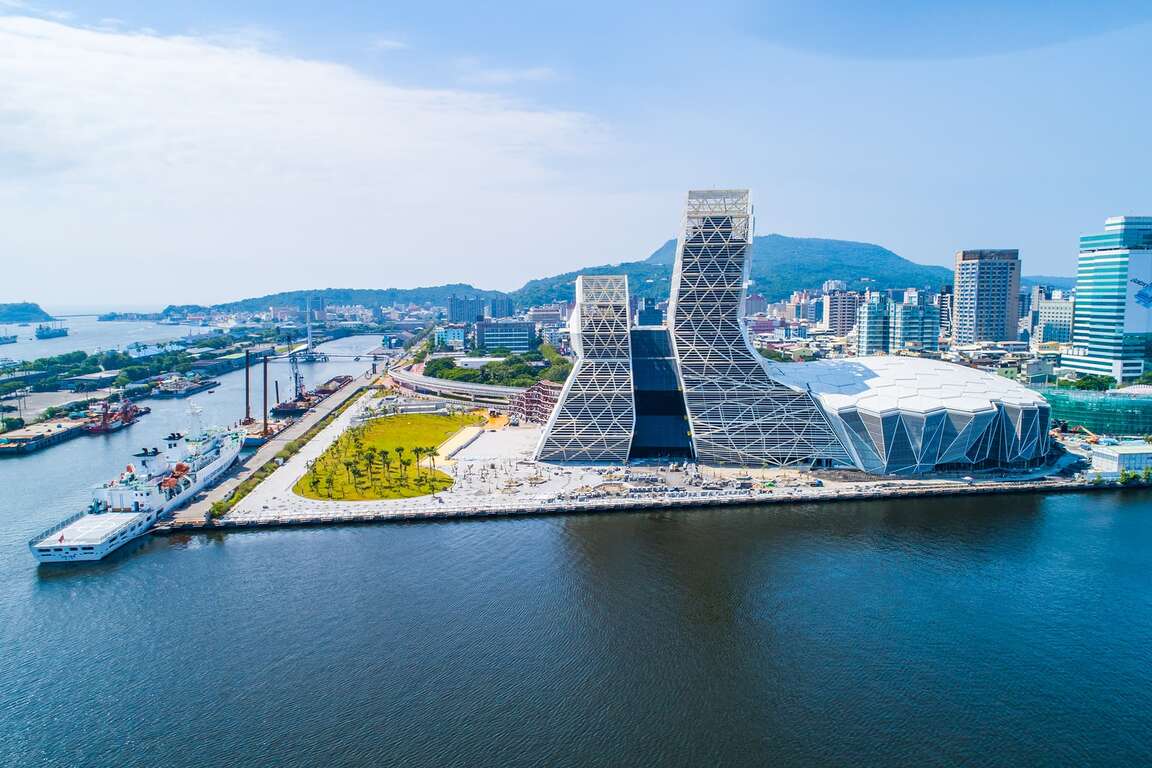