Post date:2022-03-12
Update:2022-04-12
Viewing Count 243
To express gratitude towards the citizens of Cijin District for their united efforts during the pandemic, the Kaohsiung City Government launched the Cijin Stimulus Vouchers to support the revival of the local economy. Mayor Chen Chi-mai took the ferry from the Gushan Ferry Pier today (12th) to Cijin to render his support by spending the day touring in Cijin and showing his patronage to local businesses through usage of the Stimulus Vouchers. Mayor Chen even stopped by a seafood skewer stall and made a guest appearance as their sales promoter for one day! To exemplify his backing of Cijin, he also came by the seaside to play beach volleyball with a group of youngsters. 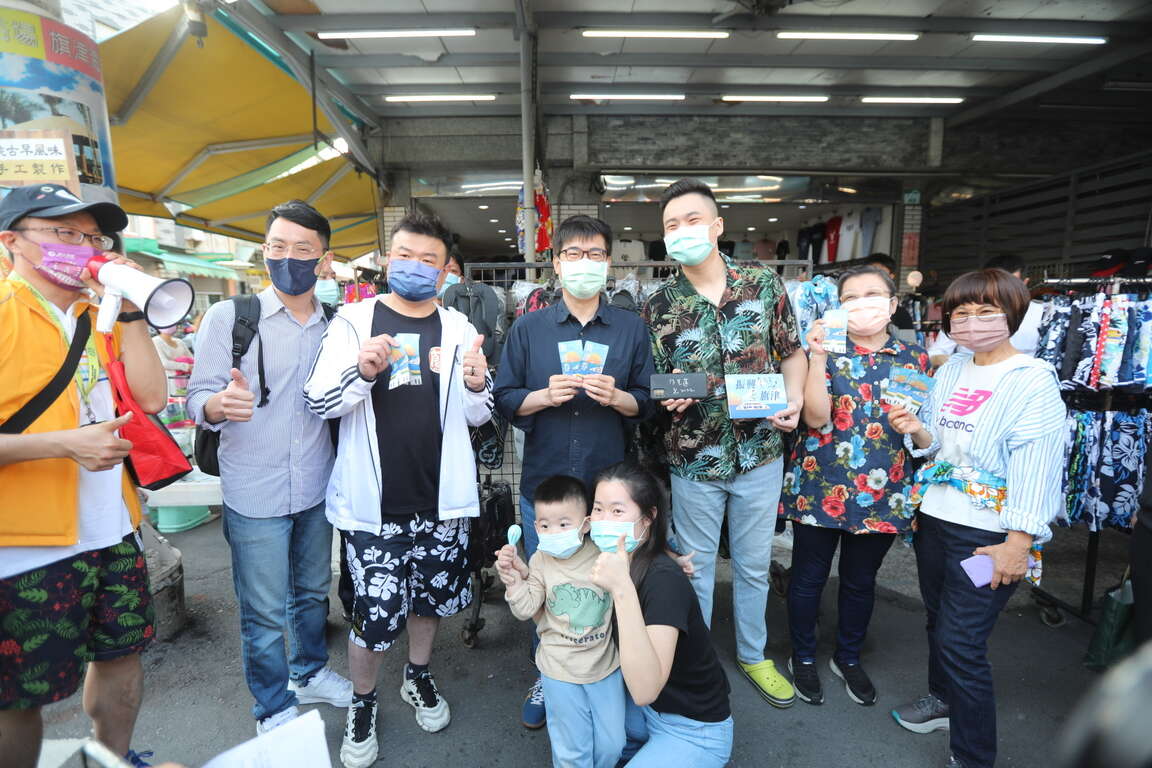 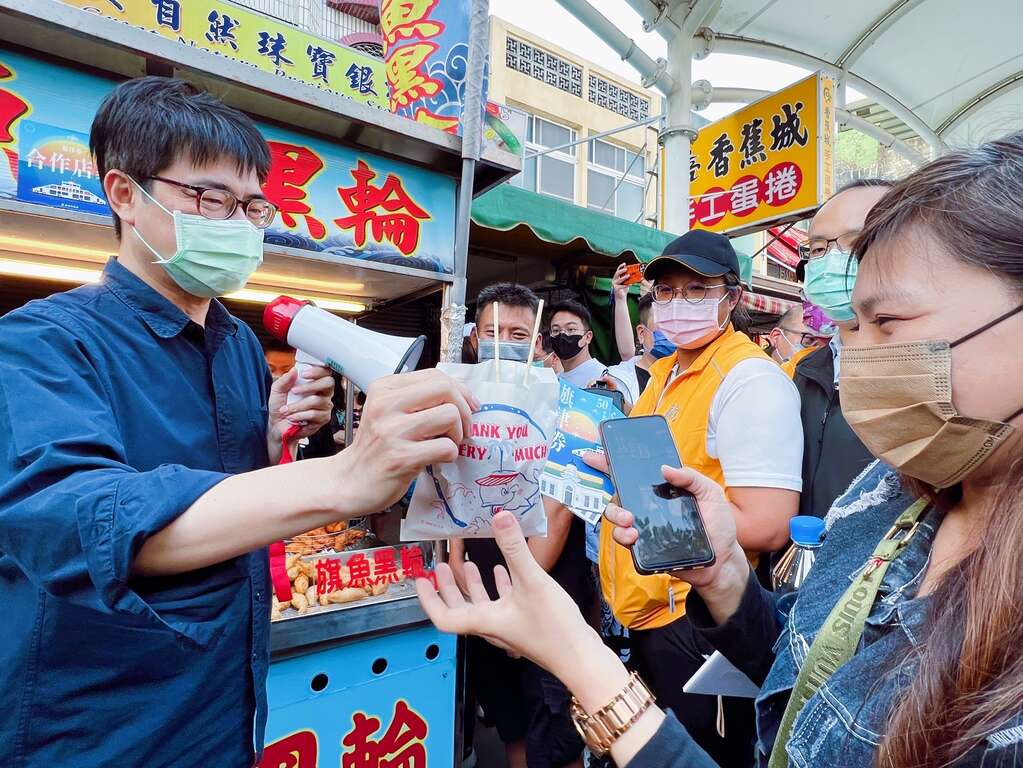 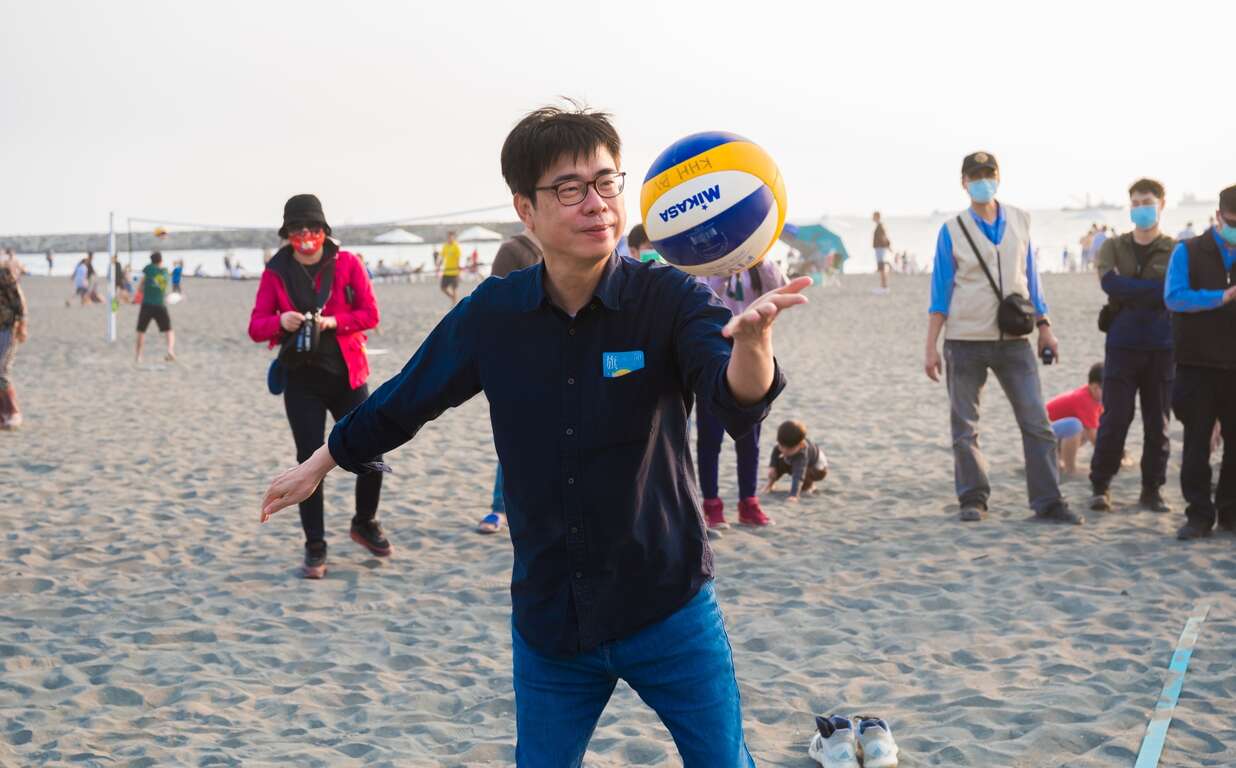 Mayor Chen rallied for the public’s support to tourism in Cijin; he hopes that the launch of the Cijin Stimulus Vouchers will be an encouraging factor for travelling to Cijin. Cijin’s preventive work towards the pandemic has been keeping the District at the zero-infection rate since the Chinese New Year, and Mayor Chen attributed this to the united and cooperative effort from the citizens of Cijin. Epidemiologists and CDC epidemic prevention experts had also praised Cijin’s model in pandemic prevention. 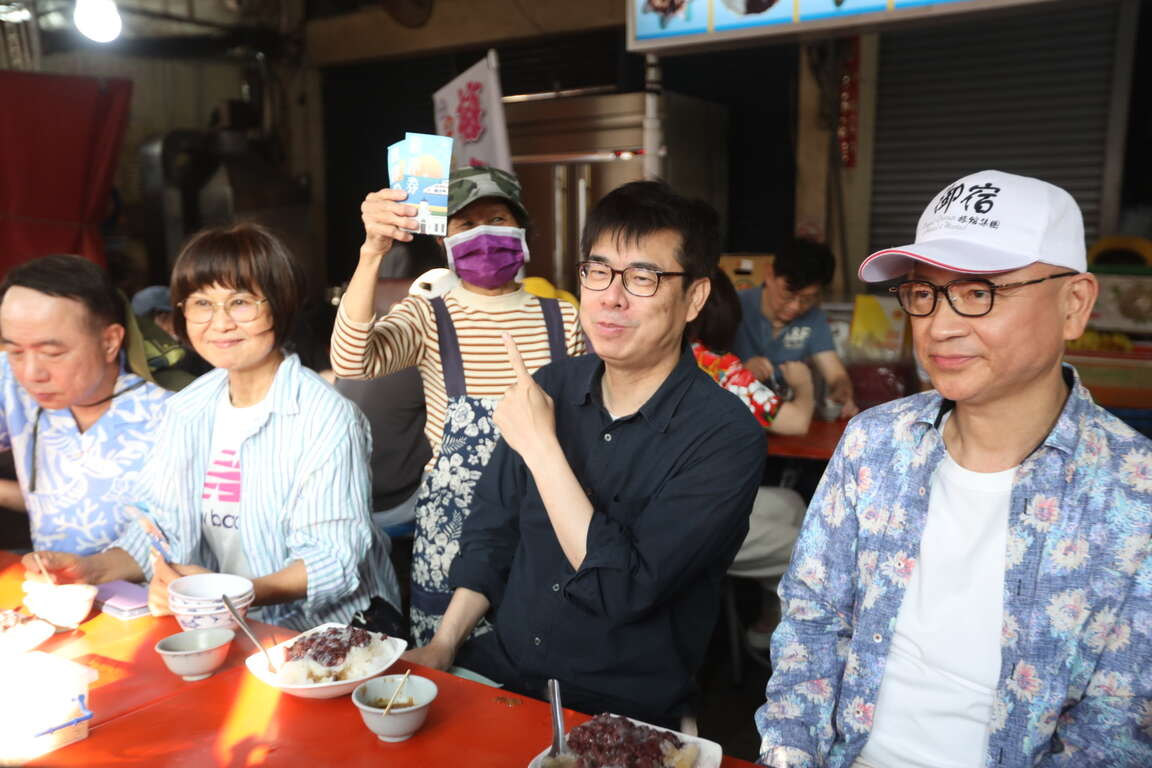 Mayor Chen remarked that during the earlier period of the pandemic, there were fewer than 10,000 visitors riding the ferry to Cijin daily. With the Cijin Stimulus Vouchers program’s kick off, it is expected that more than 25,000 visitors will return to Cijin today. Kaohsiung City Government has been working closely with Cijin’s retailers, business organizations, and the local village chiefs to encourage tourists coming to tour and shop in Cijin. Mayor Chen also mentioned that since it is still not convenient to go abroad to places like Hawaii for holidays, one might consider coming to Cijin instead where good sightseeing spots, such as the beautiful beach view, Kaohsiung lighthouse, and Windmill Park are set against excellent food and shopping. Thereafter, Mayor Chen joined honored guests to participate in a casual beach volleyball game with a group of youngsters. Mayor Chen further went to a seafood skewer stall and stand-in as their sales promoter of the day. Through his actions, Mayor Chen showed the City Government’s endorsement of Cijin District, and recommended the visitors of Kaohsiung to begin exploring the City with Cijin as their starting point. 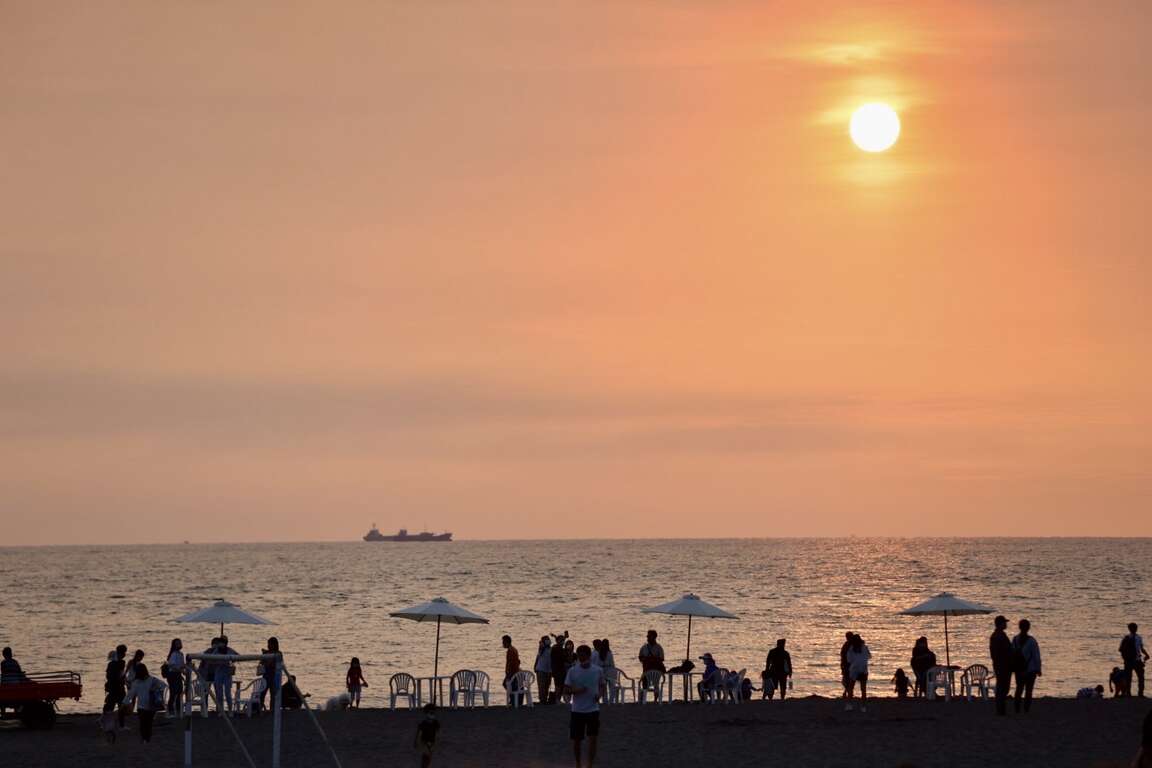 In line with the Stimulus Voucher program, the City Government has arranged a series of weekly activities from March 25th to the end of August, including music festivals, sporting activities on the beach, not to mention the National Beach Volleyball Competition, the Water Carnival, the Food and Beer Fiesta and the Black Sand Sculpting Festival. Additionally, to enhance the sightseeing value of particular locations, the “Blue Tears” fantasy scenery will be set up on the beach, and the popular lantern works from the Taiwan Lantern Festival will also be relocated to Cijin as part of their national display program. With so many exciting happenings rolling out, Cijin is sure to be a favorite of visitors in the months ahead. 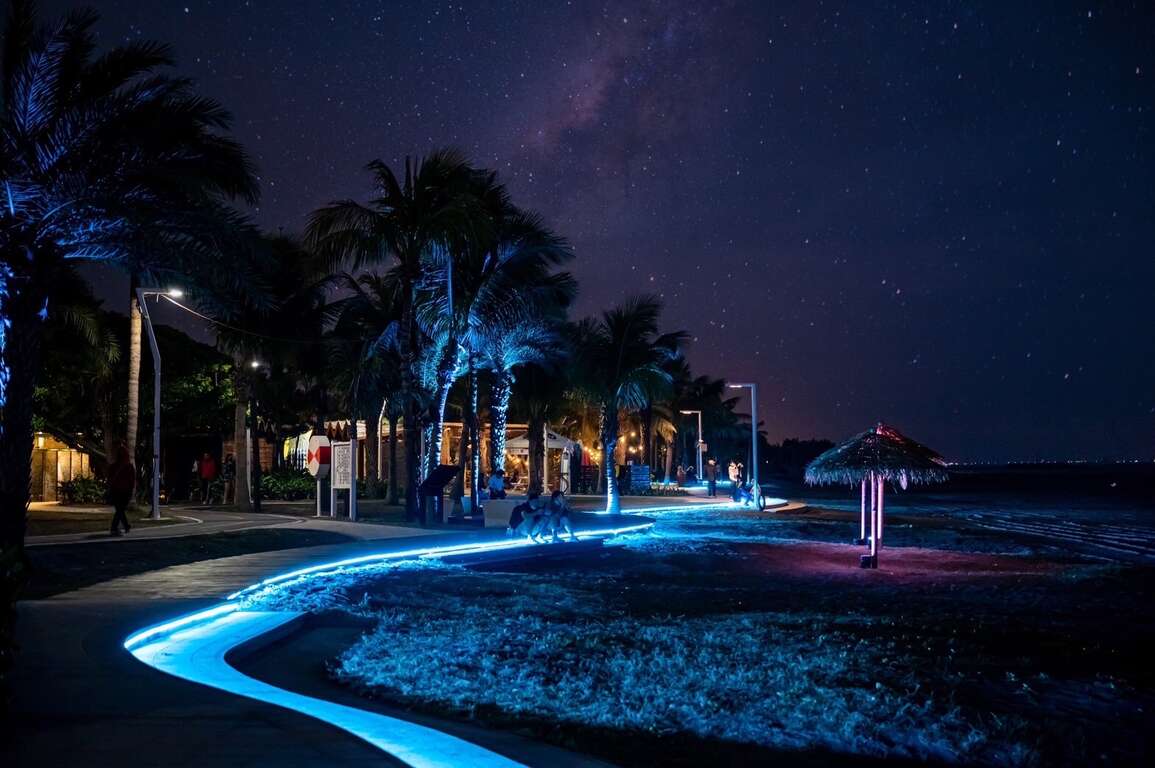 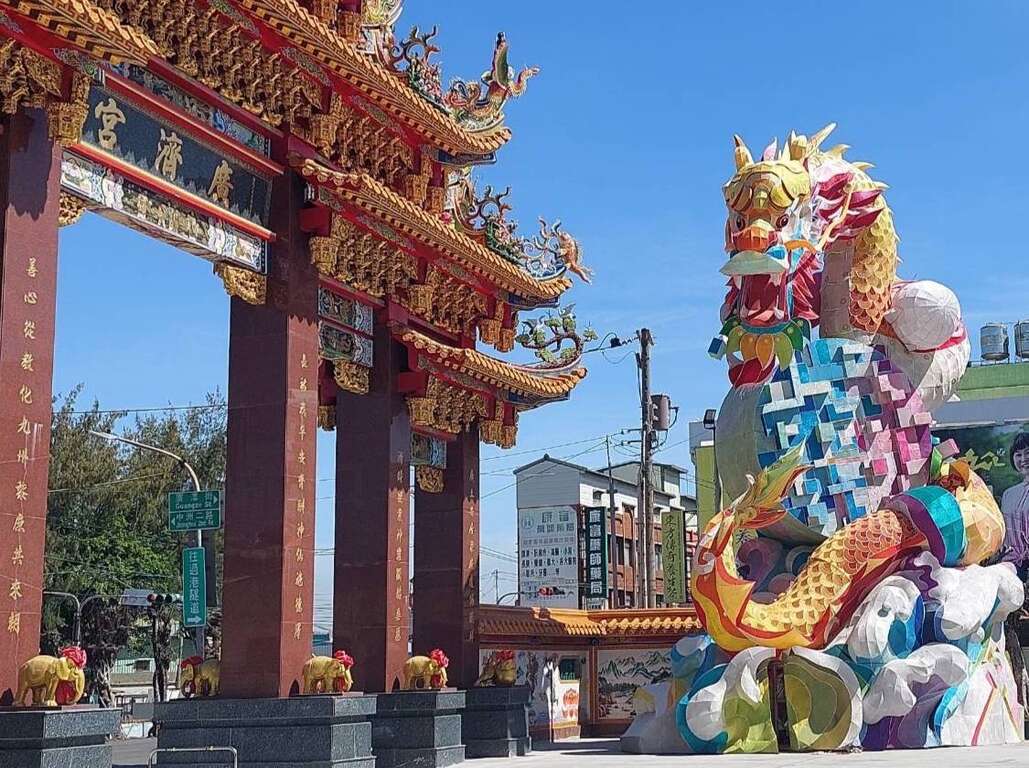 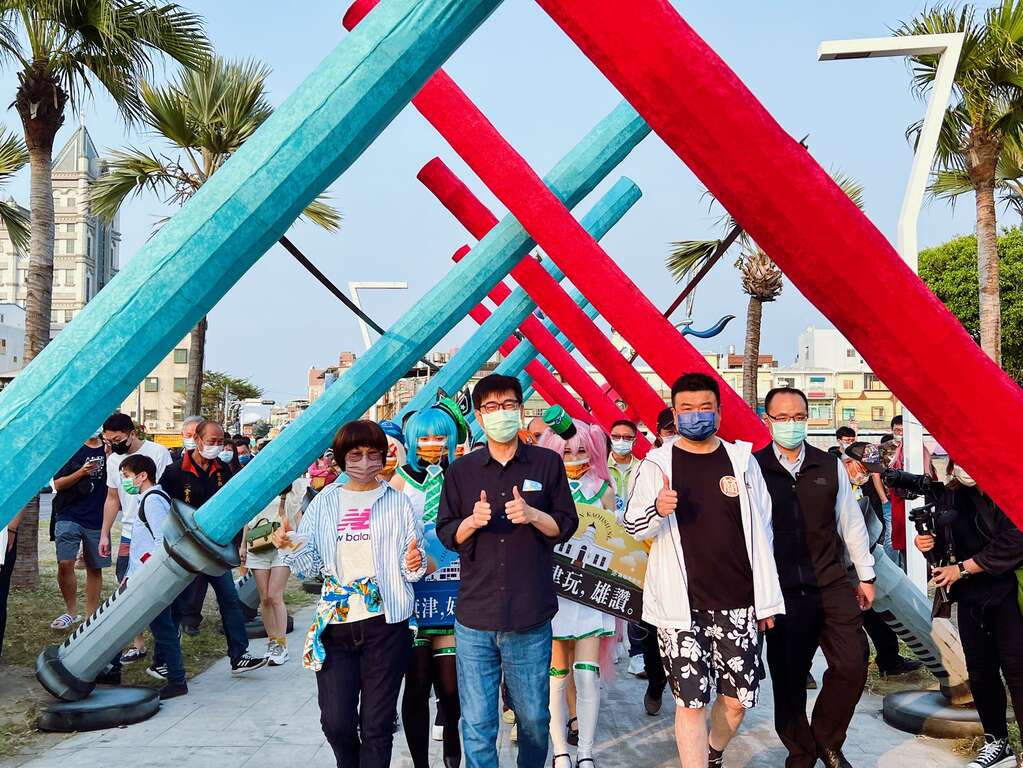