Remember the Formosan black bear "Bobby" dubbed “the Zoo’s part-time worker”? He turned 18 in March of this year! Shoushan Zoo made a cake especially for him and his 20-year-old brother "Hei Pi" to celebrate "Hei Pi & Bobby’s Day" in the hope of raising the public’s awareness of animal conservation through the occasion. 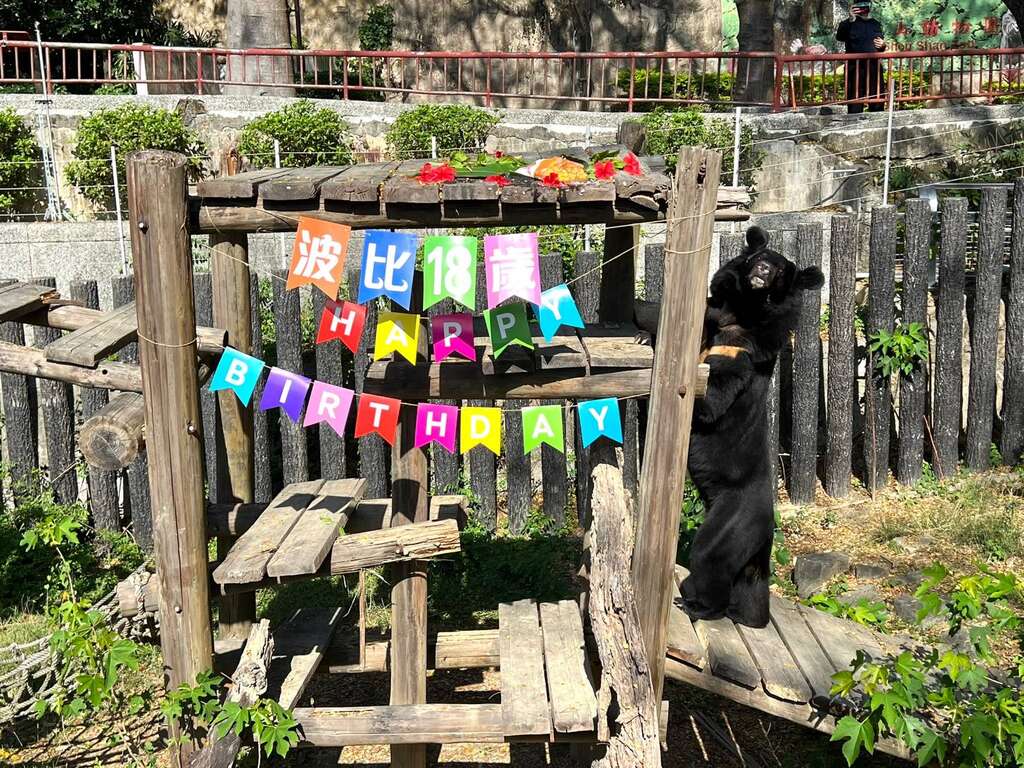 Shoushan Zoo currently keeps a total of four Formosan black bears named Hei Pi, Bobby, Ping Ping and Mary. Both Hei Pi and Bobby were born in Shoushan Zoo, with the former on March 12, 2002, and the latter on March 5, 2004. Playful Bobby rose to fame when he stood up on two feet, which attracted many enthusiasts to the Zoo to see if the bear was played by a part-time worker. As a foodie, Bobby can locate any hidden food with his sense of smell; he then uses his paws to hold the food and devours it. During the recent health check, the Black Bear brothers weighed about 120 to 130 kilograms, which was still within the standard range. To maintain their good shape, the zookeepers determine the daily meal portion carefully so that when the Park is open, Bobby and Hei Pi will strike the perfect pose in their own home to greet visiting children and adults. 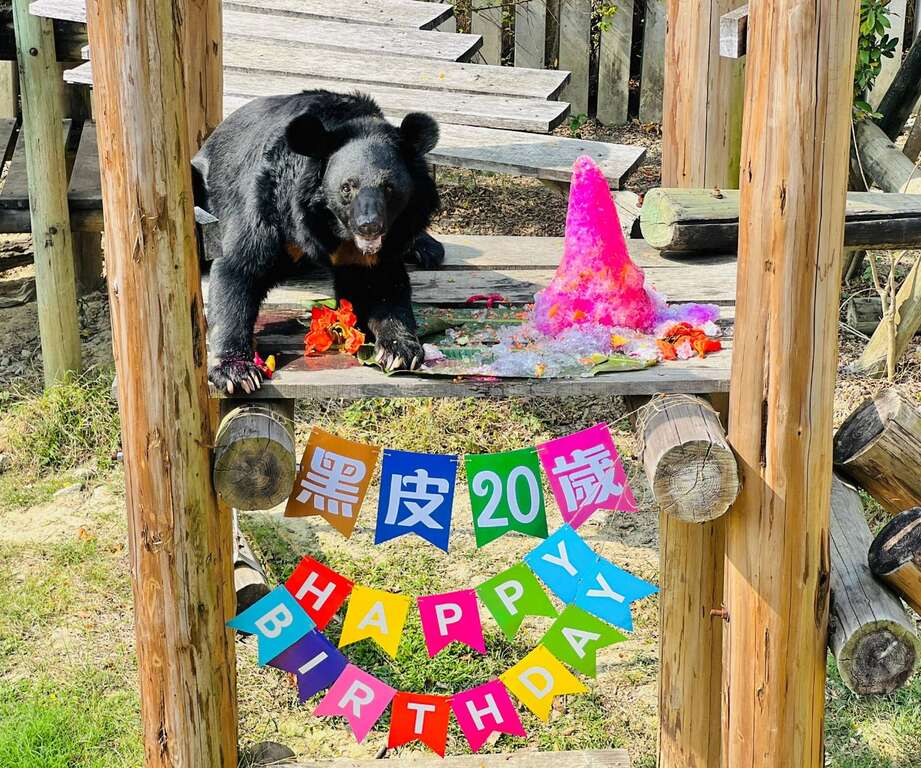 It is considered that Bobby and Hei Pi, reaching the age of 18 and 20, respectively, are in their prime of life. The Zoo used jelly and chipped ice as the base and fruits as fillings to make a multi-layer cake for the brothers’ birthdays. The Black Bears' house was decorated for throwing a party. Bobby, who loves eating, climbed onto the platform to gorge on the jelly. Being a star animal of the Zoo, he also took breaks to look for the cameras. Hei Pi enjoyed the “icy fruit tower” under the hot weather. He pawed at fruits hidden in the chipped ice, being a true gourmand by gobbling up both fruits and ice. 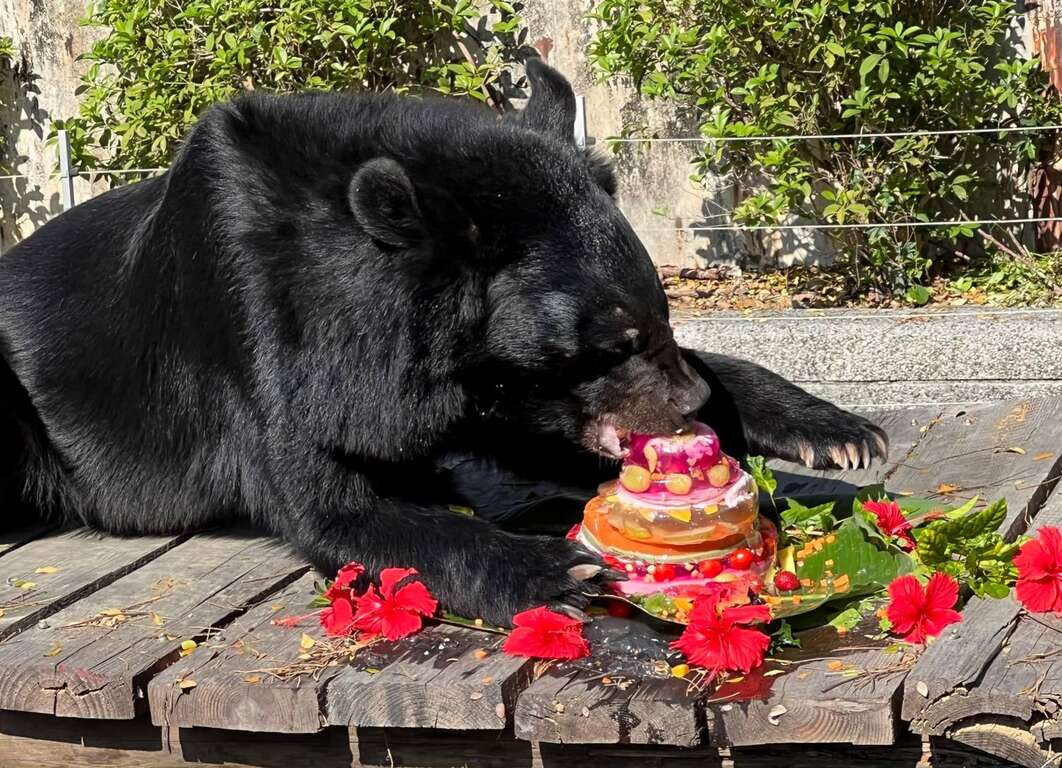 Ping Ping, who is also a member of Shoushan "Bear Friends Association", was born in 2000, and moved to the Zoo from a private agency in 2018. The shy yet cute Ping Ping amazes visitors with her adorable stretches. Mary also came from a private agency to the Zoo in 2020, but her age cannot be accurately determined as her previous owner did not keep her records properly. However, judging by her teeth and body shape, Mary is estimated to be about 30 years old. Being an old lady in the animal kingdom, Mary is fond of lazily lying on the floor thickly covered with leaves.
Shoushan Zoo stated that the Formosan black bear is an endangered species to be protected. It has a broad and round head, and the entire body is covered with black shaggy hair. Its most distinctive feature is the white V-shape on the chest. The Zoo hopes the public will become more aware of animal conservation through the celebration of these two bears’ birthdays. As Formosan black bears’ habitat is in mountainous areas, when running into a bear in the wild, we should not get close or try to feed it. Call 1999 immediately to notify the local government or the Forest District Office of Forestry Bureau when finding an injured Formosan black bear. 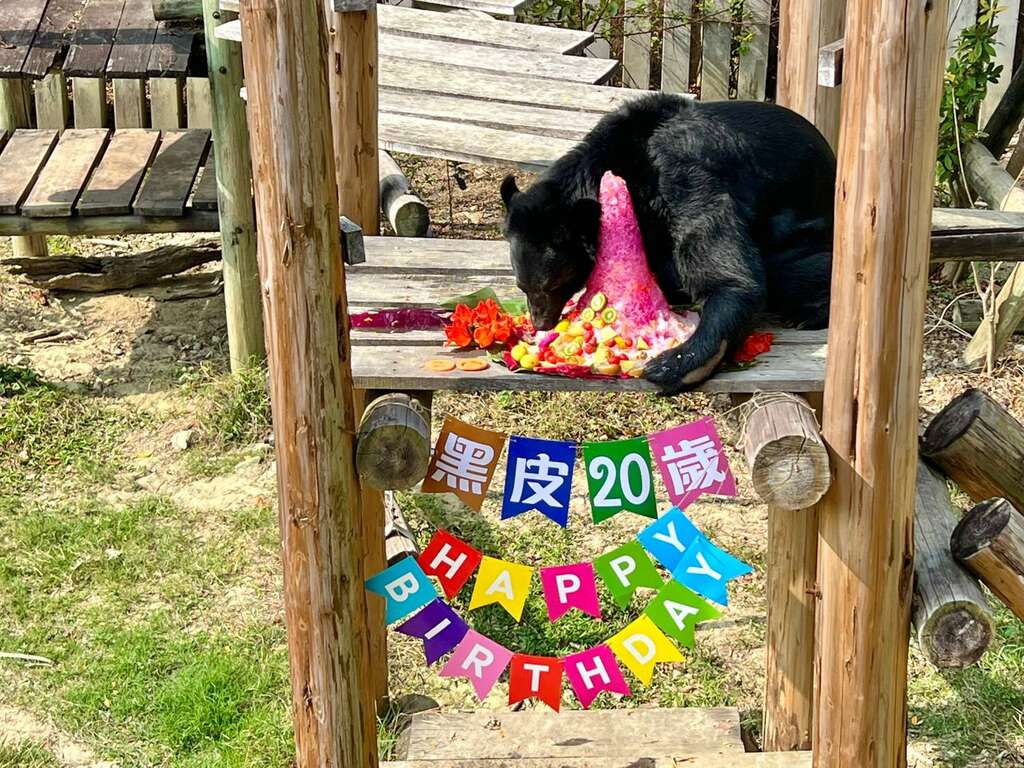