Stars shine in Kaohsiung for the world Michelin Guide 2022 unveils Kaohsiung’s 2 One-Star restaurants, 17 Selected restaurants and 20 Bib Gourmand restaurants A star chasing craze by visitors from home and abroad is about to spark off in the harbor city

Post date:2022-08-30
Update:2022-10-20
Viewing Count 84
In the highly anticipated “The Michelin Guide 2022, Taipei, Taichung, Tainan and Kaohsiung,” starred restaurants are unveiled today! Mayor Chen Chi-Mai said that this is the first year Kaohsiung is included in the cities of assessment in the “Red Bible”, which is the greatest encouragement and recognition for the food and beverage industry. Kaohsiung saw 2 restaurants successfully win the Michelin star this year. Liberté and SHO, who both have Japanese Michelin DNA, won the Michelin One-Star award. In addition, 17 restaurants were in the Michelin Selected list, and 20 won the Bib Gourmand, which was released last week. There are a total of 39 restaurants named in the history of Michelin, bringing Kaohsiung’s cuisines to the world. 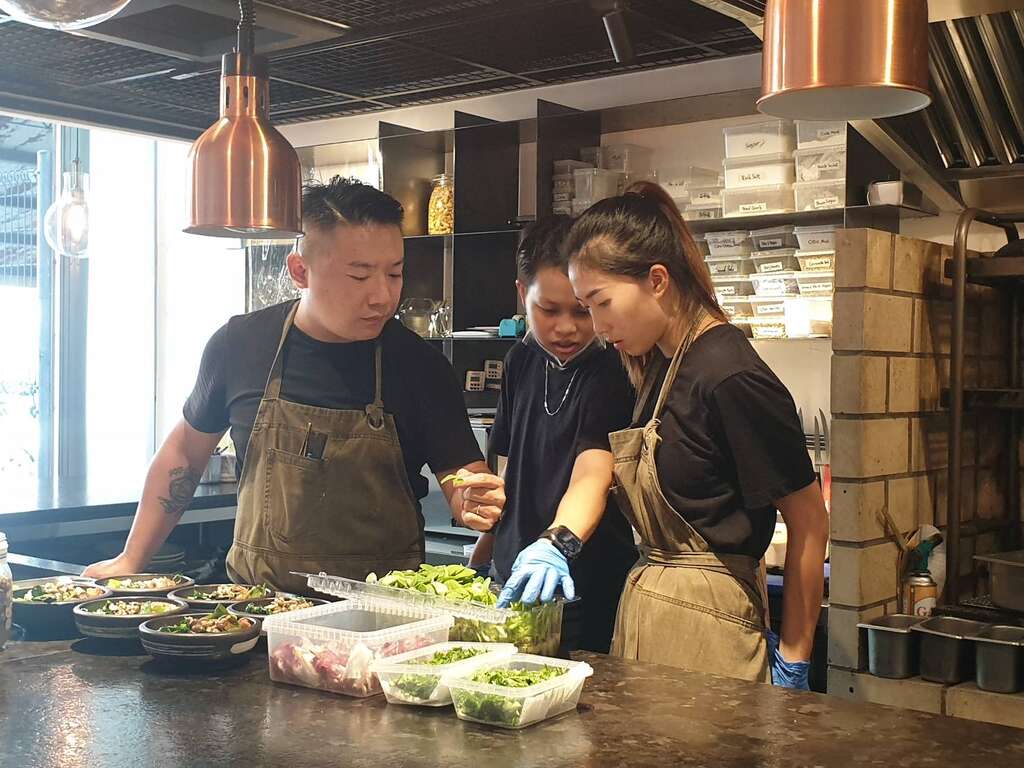 According to Mayor Chen Chi-Mai, Kaohsiung’s visibility has increased significantly in the past 2 years, attracting many local and overseas companies and talents to settle in Kaohsiung, which also brought about different kinds of food culture, and a corresponding increase in demand for high-end dining. As a result, many emerging international hotels and restaurants have been setting up in Kaohsiung, and the food and beverage development gradually moves towards internationalization. Recently, many Michelin starred restaurants or restaurants with starred chefs are being set up here, which shows that Kaohsiung’s food and beverage has a strong momentum. The long-awaited Michelin star list announced today put the name of Kaohsiung’s starred restaurants into the Red Bible. Kaohsiung has 2 One-Star Michelin restaurants, 17 Michelin Selected restaurants, and 20 Bib Gourmand restaurants. It pushes Kaohsiung’s delicacies to a new height, bringing them to the world and attracting more local and overseas tourists. 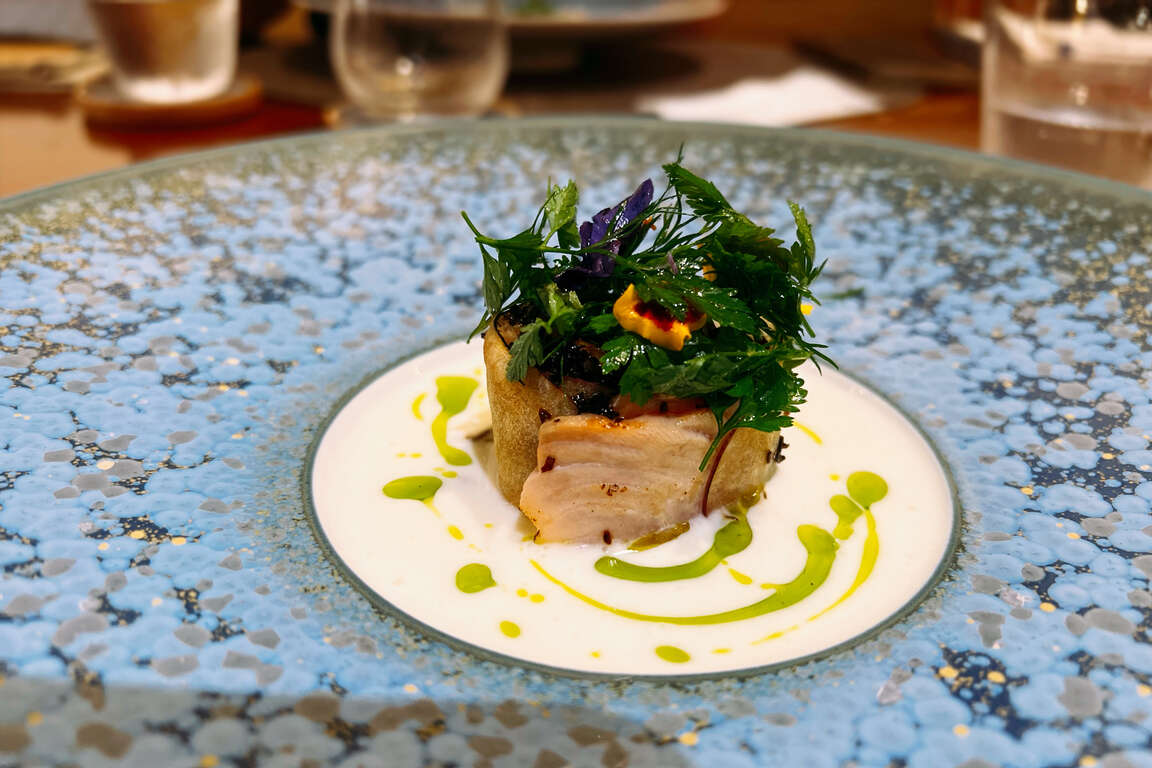 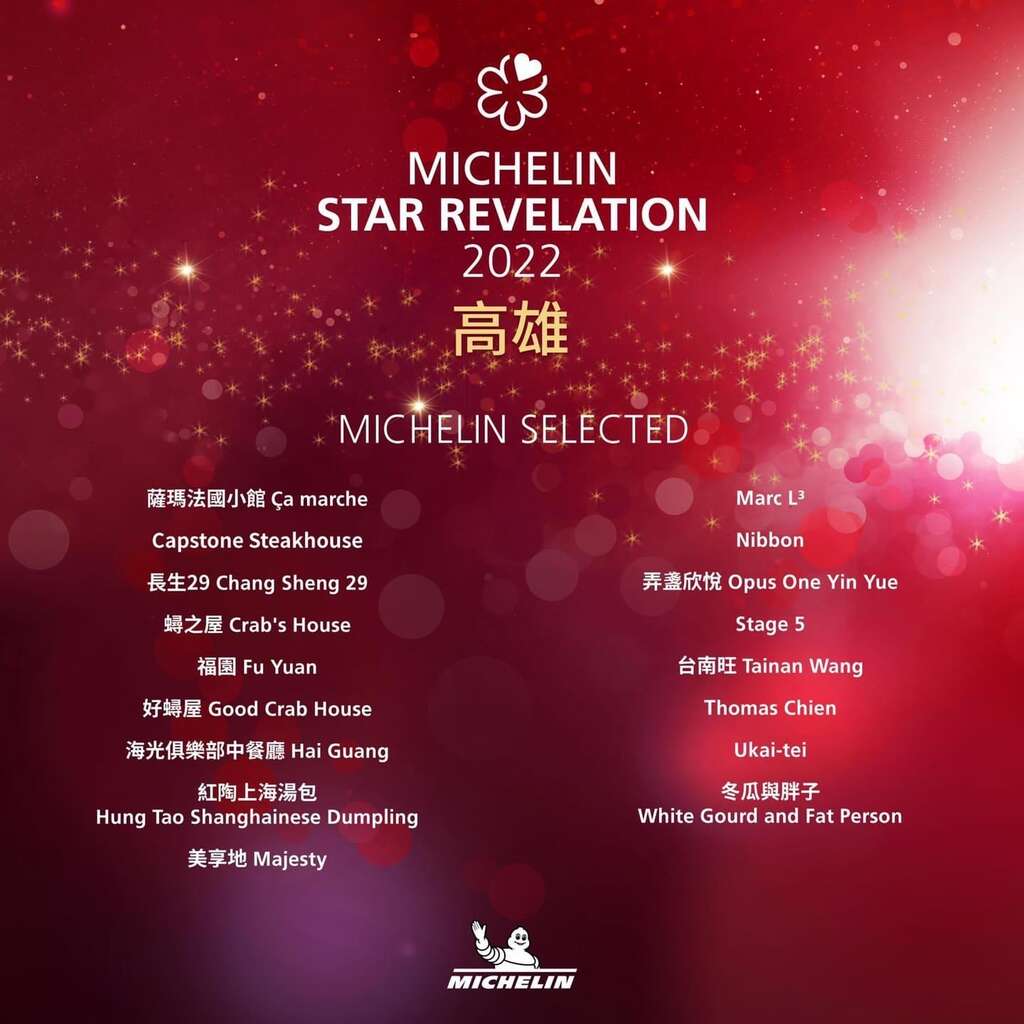 The Tourism Bureau said that two restaurants in Kaohsiung, Liberté and SHO, which were included in the evaluation for the first time, received the promising One-Star award. Liberté is a fine dining restaurant in Kaohsiung which originated from Tokyo. Chef Kenji Takeda, who used to work in France, is skilled at combining local ingredients with special seasoning, temperature control and time control. His works are bold in colors, rich in layers, and portray the exquisite changes of seasons; they are truly classic. The other One-Star award winner, SHO, the first overseas sister restaurant of DEN, a Japanese restaurant, is another high-end restaurant that has attracted much attention in Kaohsiung in the last two years. Chef Fujimoto Shoichi sources ingredients of the seasons and the 24 solar terms from various places of Taiwan, incorporating his lively and interesting personality into the exquisite and classic cuisines, and fully unleashing the unique characteristics of Taiwan’s ingredients. Both restaurants became Michelin Starred restaurants, successfully winning the honor for Kaohsiung. 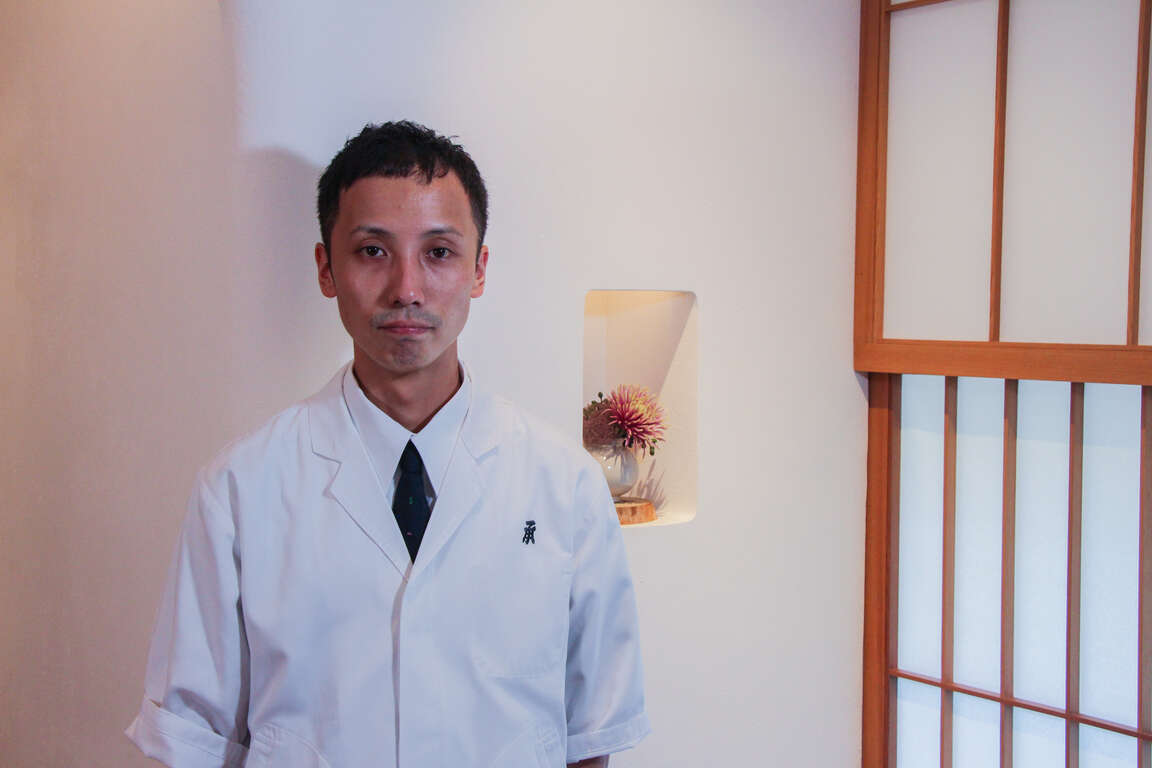 The Tourism Bureau added that besides the newly listed Michelin restaurants, among the more than 20,000 Kaohsiung cuisines recommended by the country’s gourmets in the earlier held “Kaohsiung Daily Food 366” delicacy nomination event with 13 themes, many have also successfully been awarded the Bib Gourmand. The delicacies range from local snacks, featured restaurants and bars to high-end restaurants. Subsequently, through celebrities’ recommendations and big data analysis such as “online delicacy platform” and “hot keyword search”, 366 flavors of happiness that represent Kaohsiung will be selected. Visitors to Kaohsiung can satisfy their taste buds by trying one delicacy per day based on the 366 recommendation list.
Gallery
Share:
Previous List Next